In just one week — on October 20, 2020 — the public comment period for the recent Interim Final Rule titled “Implementation of the Agriculture Improvement Act of 2018” and promulgated by the Drug Enforcement Administration (“DEA”) will close. We urge you to submit your comments on or prior to that date.

Despite the fact that the DEA’s role is to enforce existing law – not to make new law (that is elected legislators’ role) – and their assurances that the Interim Final Rule “merely conforms the DEA’s regulations to the statutory amendments to the CSA that have already taken effect, and it does not add additional requirements to the regulations,” all members of the cannabis community should be troubled by the DEA’s conduct and submit their comments.

It is important to comment because, simply put, the DEA is the “Drug Enforcement Administration” – meaning they enforce the law. In 2016 and 2017, at the same time the Final Changes challenged in the 2014 Hemp Industries Ass’n. v. DEA were first published, there was a rash of federal seizures of cannabidiol products. Therefore, it is critically important to keep an eye on these statements and prepare your business for enhanced risk despite the DEA’s representations that they do not add or change any requirements set forth in the CSA.

I.   The Blackletter of the Interim Rule

The DEA’s Interim Final Rule alleges to make four changes to the DEA’s regulations. Suffice to say, without engaging in an exhaustive discussion of the myriad of relevant codes the DEA alleges to amend, that is absolutely not true. However, here we’ll briefly discuss the arguable changes affecting tetrahydrocannabinols. (Look for a future blog post later this week doing a deep-dive into the Delta-8 THC issue the DEA has highlighted through this Interim Final Rule.)

There is no doubt the DEA’s Interim Final Rule sent a shockwave through the industry, which came to the rushed — and, in our opinion, flawed conclusion — that Delta-8 THC is at risk for regulation under the Controlled Substances Act.

To begin, according to the DEA:

In order to understand what this text changes about the law, we must first look at the state of the law prior to the DEA’s meddling (Bear with us, this will be quick and painless – and incredibly helpful). It is also helpful to be aware of a little-known fact even in the marijuana industry is that Schedule I of the CSA lists both “marihuana” (subsection 10) and separately “tetrahydrocannabinols” (subsection 17):

Following this change, it was understood that all tetrahydrocannabinols were considered exempted from the CSA – and are thus federally legal – so long as they fall at or below the 0.3% delta-9 THC threshold.

The DEA’s Interim Final Rule attempts to change the definition as follows:

That sure is a lot of text to add to a Federal Code and yet claim that it does not change anything. In reality, what the DEA is doing from a practical perspective is: 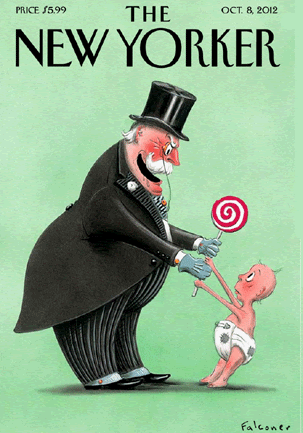 However, the DEA does not have the authority to re-legislate the federal permissibility of hemp-derived products, especially when congress has already specifically amended the relevant code to categorically carve out a broad exception for hemp extracts and derivatives, including tetrahydrocannabinol. Thus, from the text of the Interim Final Rule, we professionally deduce the following guidelines are presently applicable to hemp industry participants (and consumers) under the Interim Final Rule:

Please be reminded: while the DEA’s Interim Final Rule may say otherwise with respect to bulletpoint three, above, the DEA is not a law-making body. It cannot create new laws at all, especially not new laws which create new drug codes. However, the DEA is the enforcement body of the Department of Justice, and can and does engage in a wide variety of legally challengeable conduct with impunity.

(Note, in case you missed it the first time: At the same time the Final Changes challenged in the 2014 Hemp Industries Ass’n. v. DEA were first published, there was a rash of federal seizures ofproducts. Even if we are able to later secure the recovery of that product, how much can a business recoup from hemp that has been sitting on the floor of a federal storage facility for over a year even if they could afford to after paying a specialized cannabis-litigation attorney to defend their case for the same period of time?)

III.   Past Litigation Regarding DEA Abuses

Although the DEA claims the Final Interim Rule “does not add additional requirements to the regulations,” that is not true – and we have seen the DEA do exactly this and overstep their bounds before (in the very recent past) — and with two very different outcomes:

The court held that the DEA was wrongfully essentially attempting to regulate drugs that were not scheduled, and that the agency or Congress need to follow the correct procedures to schedule or re-schedule a particular substance before it can be regulated.

The Ninth Circuit Court of Appeals issued its decision in Hemp Industries Association, et al. v. U.S. Drug Enforcement Administration (Case No. 17-70162) in April 2018 when the 2014 Farm Bill was in effect (authorizing pilot programs for hemp growing), siding against industry attorneys who argued that DEA’s new rule essentially adds cannabis extract, specifically CBD, to the Controlled Substances Act (CSA) as a Schedule I substance without proper action from Congress.

The decision was issued on procedural grounds; the Court did not reach the substantive issue of whether the DEA’s new definition of a “marihuana extract” as “containing one or more cannabinoids that has been derived from any plant of the genus Cannabis” in effect put hemp-derived extracts in the same restrictive Schedule I category as THC. The Court ultimately held the parties to the appeal did not participate in the comment period, and only presented a legal challenge after the Final Rule was published on December 14, 2016. Therefore, the Court ruled the parties “fail[ed] ‘to make an argument before the administrative agency in comments on a proposed rule,’ [so] they are barred ‘from raising that argument on judicial review.’ ”

These differences in decisions rendered by the same court highlight the importance of commenting on this Interim Final Rule.

IV.   Current Litigation Against the DEA

At the end of September 2020, the Hemp Industries Association filed a petition addressing the impropriety of this interim final rule, signaling forthcoming litigation just as we saw (above) in 2004 and 2014. However, the focus of that litigation appears to be on procedural grounds (e.g. noncompliance with various code sections including: “the Acting Administrator did not observe procedures required under § 811(a) of the CSA and § 553 of the APA; the Acting Administrator lacks statutory authority to promulgate the IFR; and the IFR is not in accordance with the Agriculture Improvement Act of 2018, Pub. L. 115-334, 132 Stat. 4,490”) and concern over whether processors could be in violation of the law.

Indeed, these concerns extend to the general processing of hemp for the extraction, processing, and refinement of other cannabinoids, terpenes, flavonoids, resins, fats, and waxes. There is presently an increased hypersensitivity in the industry to the issue of whether a processor could be in violation of federal law simply by performing its work if, for example – even in the middle of a distillation – a federal regulator could walk into the licensed premises and any substance located there could be tested and found to contain more than 0.3% Delta-9 THC.

IV.   The Best – and Worst – of Public Comments

Public comments need not take any particular form, and do not have to be phrased in specific legal language — or even be eloquent. In litigation terms, you simply need to “make your record.” Below are some of the most unique – though not always helpful – recent comments on this Interim Final Rule:

When operating in the cannabis space, it is critical to work with an attorney who is not only well advised in cannabis laws and regulations, but also leverages their knowledge and proven experience navigating these federal agencies in order to effectively see around corners and help you avoid issues before they even arise.

From federal regulators to unscrupulous business dealings, pitfalls abound in the legal hemp industry and it is important to ensure you are empowered to act intelligently and intentionally in every step of the business lifecycle.

Contact Heidi Urness Law, PLLC with your questions regarding your hemp and/or CBD business, or any cannabis-related issues.