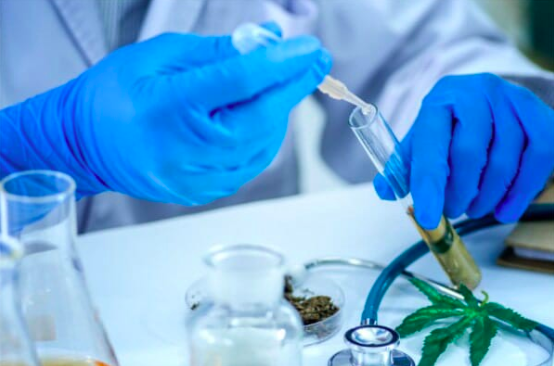 Fueled by the passage of the 2018 Farm Bill, CBD and other hemp-derived products, as well as ancillary businesses, exploded into the marketplace. However, as reputable companies began marketing and selling to consumers all over the country, less savory participants also entered the market, making false, unsubstantiated, and – at times – dangerous claims with respect to product content.

Consumers have largely borne the burden of these falsehoods, as the recent vaping crisis has made clear. (As of November 5, 2019, thirty-nine (39) deaths resulting from e-cigarette, or vaping, product use associated lung injury (EVALI), according to the Center for Disease Control.) However, a recent case filed in federal court in Chicago demonstrates that the dangers of mislabeling have a far greater reach than one’s immediate health, and potentially with a similar life-long impact.

From a corporate standpoint, there is no dispute that the FDA has been slow to act, and enforcement actions taken against CBD companies on both the federal and state levels have been minimal to nonexistent. However, CBD companies should be legally wary of not only regulatory compliance issues, but also compliance with consumer protection laws, when marketing and labeling their products – particularly in the present legal climate. Read on to learn more about how, while legislatures fail to act, consumer-protection lawsuits are leading the charge to regulate the business practices of CBD companies.

The Class Action Complaint filed on October 28, 2019 alleges that “JustCBD”-brand falsely labels and advertises their products as containing “No THC.” That is, JustCBD products are alleged to, in fact, contain more than just CBD.  JustCBD products are marketed, sold, and distributed through a collection of companies, all named as defendants in the case, and all allegedly working in cooperation.

Mr. Trevor Darrow, a truck driver and resident of Illinois, stopped into a retailer to purchase JustCBD watermelon gummie rings, which are marketed and labeled as containing “No THC,” to help him sleep. “One or two gummies per night, it knocked me out, and I slept throughout the entire night,” Mr. Darrow reports of the relief he enjoyed after consuming the JustCBD product. Mr. Darrow stated he consumed the product for approximately two-week period over the summer of 2019. Soon thereafter, upon failing a drug test administered by his employer, Mr. Darrow was fired from his job. 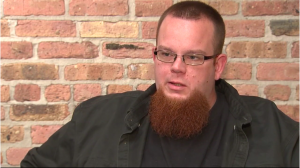 His lawsuit alleges violations of the Illinois Consumer Fraud and Deceptive Business Practices Act on the grounds that Defendants represented to Plaintiff, and all consumers, that there was “No THC” in their “JustCBD” products when in fact Defendants knew there was THC in the products. The Class Action Complaint represents the interests of all purchasers of “JustCBD” products in the State of Illinois. (In a class action, a single lawsuit takes the place of numerous lawsuits which could be filed by numerous injured parties, and greatly increasing the Defendants’ exposure to damages – that is, a money judgment issued by a court against them in the litigation.)

A spokesperson for JustCBD issued a statement that Darrow’s lawsuit has no merit because it’s products contain no more than 0.3% THC, which is compliant with all currently in-effect laws and regulations, but notably did not address the plain language and commonly understood meaning of “No THC” as utilized it’s advertising and labeling. JustCBD’s spokesperson also did not comment on the other pending litigation against the company in federal court in Florida, which alleges additional causes of action regarding JustCBD’s false or misleading labeling and advertisement practices.

II.   Explosion of Litigation Over False and Misleading Statements 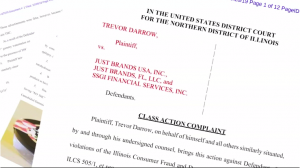 Federal and state governments have largely failed to pass, implement, or enforce rules and regulations applicable to any aspect of the CBD industry; testing, labeling, and advertising are no exception. As a result of this complete lack of guidance, industry participants and consumers have had to rely solely on self-regulation to ensure that CBD products are safe, and that they actually contain the ingredients they purport to contain.

This complete lack of regulation and oversight has resulted in industry mumblings and regular consumer complaints regarding the product content of particular (and some now-notorious) CBD brands.

As far back as November 2017, the Journal of the American Medical Association warned that about 26 percent of the CBD products they tested contained significantly less CBD per milliliter than the label advertised, which “could negate any potential clinical response.”

As of Fall 2019, these mere complaints have now matured into full-blown lawsuits:

Unfortunately, JustCBD is no stranger to these false or misleading claims, either. On August 16, 2019, a complaint filed in federal court in Florida alleged that JustCBD’s products “repeatedly overstate” the amount of CBD they contain, while, in truth, the products contain “only a fraction of the CBD advertised on defendants’ website, and on the products’ labeling and packaging.” See, Gaddis v. Just Brands USA Inc., No. 0:19-cv-62067-RS.

The pervasive mislabeling of products experienced in the CBD industry (and committed by a variety of unscrupulous actors) can be partially explained by bad actors, error and oversight, as well as confusion with respect to legal requirements and corporate best practices, but the wide variety of statements made by industry participants are ultimately the result of the lack of oversight provided by lawmakers and regulators.

Nevertheless, there are many issues that rulemakers will have to resolve before implementing regulations applicable to CBD testing, labeling, and advertising. 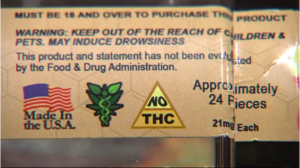 For example, hemp and marijuana are presently distinguished in the law based on a threshold content of THC – that is, cannabis with less than 0.3% is considered hemp, and products containing ingredients derived from hemp do not fall into the same regulatory structure as that applicable to marijuana – which is still considered a Schedule I drug under the Controlled Substances Act. Back to to the new litigation against JustCBD in Illinois, if a product contained 0.01% THC, could a company truthfully advertise the product as containing “0.0% THC”? What if it contained 0.09% THC – could the product rightfully claim to contain “0.0% THC”? Additionally, what legal reforms do other industry practices – such as drug-testing for employment – need to undergo to coincide with new laws and scientific understandings regarding THC?

In addition to the general testing, labeling, and advertising requirements we may see down the road, the legal waters will remain murky until issues like these can be resolved in the relevant rulemaking bodies which will likely take several years and many other instances of litigation.

CBD companies should take special care to be well-informed when marketing and labeling their products in order to limit their legal liability under current consumer protection laws, as well as the forthcoming rules and regulations to be handed down by the FDA as well as local lawmakers in the near future (and, likely, routinely amended throughout the following decade).

Additionally, while testing requirements are sparse to nonexistent in various jurisdictions, integrous CBD companies always obtain third-party laboratory test results for their products, and also test early throughout the production process as well as often. Independent lab test results should be made available to consumers online, and printed on the product packaging (especially if you are shipping or mailing products across state lines).

The CBD industry is new and exciting, but the lack of regulation put additional onus on industry participants to tread lightly so as not to spur the FDA or other rulemaking bodies to impose reactive and overly restrictive regulations based on abuses of, and injuries caused by, unscrupulous CBD companies. Additionally, some of a company’s greatest assets are consumer satisfaction (product effectiveness) and consumer loyalty. It is critical that companies take it upon themselves to ensure consumers maintain confidence in legitimate brands in order for the industry to progress in a legitimate fashion.

On the purchaser side, consumers should always demand makers and sellers of CBD provide a Certificate of Analysis (COA) for each and every product he or she (or they) intends (or intend) to use, consume, apply, etc. The COA is confirmation the product has undergone third-party, independent lab testing and that it contains what it says it contains. Without a COA, a label can say anything – including “NO THC” when, in fact, it very much includes THC.

Also, for consumers, from a chemical standpoint, cannabis is a singular plant which comprises (the legal fictions known as) hemp and marijuana. Hemp and marijuana are presently distinguished in the law based on the particular sample (or “batch”) threshold content of THC. That is, cannabis containing less than 0.3% THC is considered hemp; cannabis containing 0.3% or greater THC is considered marijuana. Under current federal law, CBD can only be legally derived from hemp, but, as stated above, a batch can contain as much as 0.29% THC and still be considered hemp. Therefore, even products made from hemp which claim to contain “No THC,” like JustCBD’s products, are “THC-Free,” or use other similar advertising or labeling, can and usually do contain – at a minimum, tiny amounts of – THC.

Many times, one’s housing, employment, education, benefits, and other life goals can be dependent on testing THC-free. When in doubt, as Mr. Darrow discovered the hard way, “[i]f you are not wanting to fail a drug test, do not take any CBD product.” (Note: As of November 5, 2019, Mr. Darrow has apparently found new employment as a truck driver; see below.) 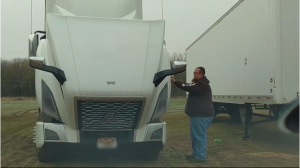 Mr. Darrow reports that he is back to work (at least part-time) as of November, 2019.

It is critical that companies obtain advice and guidance from legal counsel well-versed in these nuanced requirements to ensure companies limit their legal exposure not only today, but also to ensure compliance in the unclear legal future. Contact Heidi Urness Law, PLLC for legal advice and solutions for your CBD venture.