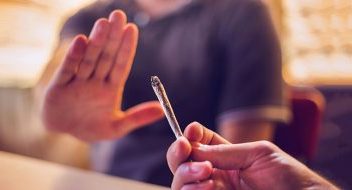 Last month (July 2019), JAMA Pediatrics, a monthly peer-reviewed medical journal published by the American Medical Association and covers all aspects of the science of child and adolescent health, published an article providing insights into correlations between permissive marijuana laws and teen marijuana use. While many news outlets have reported that this study disclaims the connection between marijuana use and adverse brain effects in adolescents, the study reported no such thing. Instead, the study reported an equally interesting finding: that when states legalize marijuana, adolescent use of marijuana actually decreases by nearly 10%.

As of the date of publication, ten states and the District of Columbia have legalized the recreational use of marijuana and thirty-three states and the District of Columbia have passed laws permissive of medical marijuana. The authors of the JAMA study analyzed data from Youth Risk Behavior Surveys from 1993 to 2017, with a sample size of nearly 1.5 million teens in grades 9-12. Frequent marijuana use was defined as using marijuana at least 10 times in the past 30 days. The results indicated that in states where medical marijuana use was legalized, such laws had no effect on the use of marijuana by teens. However, the study found that in states where recreational use (also known as, discretionary use) marijuana was legalized, teens were 8% less likely to use marijuana, and 9% less likely to use marijuana frequently.

The findings are consistent with previous research suggesting no correlation between marijuana legalization and increased use among youth. Researchers have previously suggested that the increased regulation that results from legalization makes it  more difficult for teenagers to obtain marijuana because, among other things, drug dealers are replaced by licensed dispensaries that require proof of age under new recreational marijuana laws.

Many opponents of marijuana fear that its recreational legalization will increase the incidence of teen use in their communities, and oppose legal reform on that basis. Indeed, some recent studies have suggested that legalization increases use of marijuana, overall, but those studies reviewed data resulting after medical marijuana laws are passed, and apply only to adults age 21 and older. (See, Assessing the Effects of Medical Marijuana Laws on Marijuana Use: The Devil is in the Details published in the Journal of Policy Analysis and Management; The Effect of Medical Marijuana Laws on Adolescent and Adult Use of Marijuana, Alcohol, and Other Substances published in the Journal of Health Economics.)

Additional research is needed to clarify correlations between teen marijuana use and marijuana laws, so that states (and eventually the Federal government) may be empowered to enact and enforce the most responsible and effective marijuana laws to protect children from the potential adverse effects of marijuana. Indeed, the article published in JAMA Pediatrics states in no uncertain terms that “repeated marijuana use during adolescence may lead to long-lasting changes in brain function that adversely affect educational, professional, and social outcomes.“

Marijuana laws should reflect reason and science, not fear and rumor. And, importantly, of-age users of marijuana should only use it legally – and responsibly.