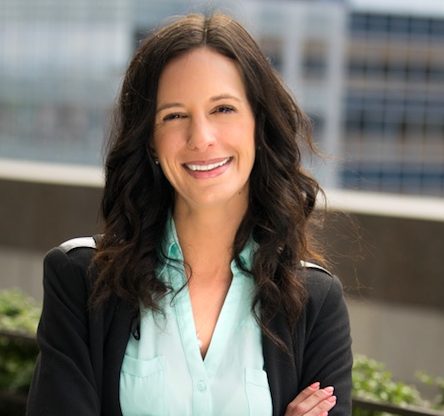 By: Mitch Pfeifer
Published in: Respect My Region, May 2019
Heidi Urness is one of the rising stars in the industry. [Cannabis attorneys] have seen tomato farmers grow into full-fledged cannabis entrepreneurs. In this same way, Urness had made the transition from environmental law to helping shape the landscape for legal cannabis in Washington State. At the start, [she] was primarily handling transactional cases, as well as assisting business structures and license sales. Now that the industry has rapidly reached maturity, the majority of their workload consists of litigation cases. This is the field where Urness has gone above and beyond.
Not to be thrown off by her small stature, the Chicago-bred attorney is known to be a pit bull for her clients.Urness has found a true home in cannabis law. Where most would fear the ever-changing landscape of regulation and red tape—she has run towards the challenge. With starting out in environmental law, compliance and regulatory structure consumed the day-to-day. This left room for litigation at every corner and created a need for a wide array of experts. She carries the same due diligence to the cannabis industry and is now able to be at the forefront of the developing legal realm.

I.  Defining The Marijuana Plant

Urness has helped redefine the word ‘marijuana plant’ as stated in Washington State law. In 2017, cannabis advertising regulations changed and retail dispensaries were no longer allowed to use the “marijuana plant” in their signage or billboards. Cultiva Law’s client roster was distraught over the sudden changes and this regulation change proved to be quite costly.

Where most companies would roll over and comply without question, Urness always digs deeper. She found the words ‘marijuana plant’ as defined by the RCW contained ‘at least five fan leaves with visible root structure.’ She quickly recognized that the term hadn’t been updated to reflect the current state of legal cannabis. The clients that entrusted Cultiva Law to handle their legal affairs found extra time to reconfigure their brand strategy until the terminology was redefined and put into effect.

Fighting definitions of RCWs is a battle Heidi is willing to fight, but her clients will always come first. When asked about what she enjoys most about working in this industry, it simply comes down to the fight for what’s right.

“I enjoy fighting for people that are in the right and getting screwed over. The little guys. Empowering people who were stuck to things people did to them previously,” Urness said.

Constant education in this space is a must. Not only for attorneys but their clients as well. Issues and changes that are being discussed by legislators can greatly affect a company’s strategy. While Urness admits this industry has some kinks to work out in this realm, Cultiva Law’s team stays on top of each and every upcoming change.

Urness calls their work “creative problem solving” and notes that law is much like looking at a group of puzzle pieces. You’re always creatively figuring out how they’ll fit together for the best overall picture.

“The legal side of this industry really takes an awareness of both the client and the legislator so that issues are ironed out beforehand. There shouldn’t be a problem with compliance where the law surprises our clients…if people care, we can fight.”

III.  Does The Stigma Of Cannabis Apply To The Legal Sector?

“Most firms are entering or eyeing this industry, so we get a lot of respect (from other firms) for being a part of such an emerging market. At conferences, there are always old school litigators that believe they are better and sharper than you because you’re a ‘stoner.’ But I’ve had to put up with being overlooked my whole career for being a young woman so I’m used to it.”

IV.  Did You Ever Picture Yourself In Cannabis Back In Law School?

“No. If you even if you told me I would end up here five years ago I wouldn’t have believed you.” Urness stresses her staunchly traditional path towards becoming an attorney. She planned on being a lawyer since she was a kid and set up her life and school choices to accommodate her journey. The passion was fueled by a desire to take back power for underprivileged individuals and communities.

Towards the end of law school she almost regretted making the choice to become an attorney when she took a copywriting course. “I had been writing my entire life but never realized I could have had a more creative approach to a career,” she said. She ignored one inner voice for another that told her “you must succeed.” After a few years in environmental law, she thought her days in legal practices were over. That is until she started writing material for a cannabis law firm.

Before cannabis, she enjoyed the fight but hadn’t found her calling. Litigation and law can be an ugly and negative thing at times. She mentioned that “so much about litigation in other markets was about tearing things down,” she said. “In cannabis when we fight,  we fight to move forward and make positive changes.”

Urness wasn’t the biggest recreational cannabis user before she began working legal cannabis litigation. After hours of research, she began discovering the medical properties and after hearing story after story about cannabis providing relief to various ailments, she became a steadfast believer.

V.  What do you think about Seattle?

“I love everything about Seattle. I love to hike and ski so it’s incredibly easy to do both on weekends depending on the season.” After living in the Bay Area, she proclaims the ease of access to water and mountains makes the pacific northwest her favorite spot on the west coast.

When asked about how the rain affects a Seattle transplant, Urness mentions “I also love when it’s gloomy and rainy out, cuddling up with a book is one of my favorite past times. Plus the seasons are like emotions. I like to feel all of the emotions. Life isn’t all sunshine and happiness 24/7.” She admits she’s a city girl at heart though. Without a car, Seattle is an amazing place to explore. “There are so many individuals and creatives in this city. It’s easy to fit-in being the individual you are.”

According to Heidi, CBD is the future. More states are coming online and Washington and Colorado are two of the states really leading the way. Each state is independently thinking “we’re leading the way” and each state is winning in specific areas.

“The growth of this industry makes me think of the growth of a person. In elementary school, you play in the sandbox with everyone. In middle school, you start to find things that help you find yourself and your group of friends. We’re not to high school yet, but that’s where we’re headed,” Urness said.

The entire industry is maturing. On the retail side, the first few years have been all about high THC numbers, terpenes, pesticide testing, and farms going under. After 2-3 years go by, people start to figure out what they like. The cannabis industry is going through a macro version of discovery, including what things look like professionally.