Transporting Hemp and CBD in Early 2019

Transporting Hemp and CBD in Early 2019

Prior to the enactment of the 2018 Farm Bill, there was intense conflict and confusion regarding whether or not transporting hemp and CBD across state lines was permitted under state or federal law. However, following the passage of the 2018 Farm Bill, and the recent decision handed down by a Federal Court in the Southern District of West Virginia, hemp industry participants are more protected than ever with respect to transporting hemp both within, and also across, state lines throughout the United States.

I. Transporting Hemp Under the 2014 Farm Bill

In February of 2014, sitting President Obama signed the Agricultural Act of 2014, or the Farm Bill, including Section 7606 of the Act, titled “Legitimacy of Industrial Hemp Research.” This section ultimately paved the way for the protections hemp enjoys under the 2018 Farm Bill, and, at the time, authorized institutions of higher education or state departments of agriculture – in states which have opted in by passing their own laws to conduct and regulate the relevant conduct – to begin and maintain research and pilot programs cultivating industrial hemp for limited purposes. Such “agricultural pilot programs” were defined as programs “to study the growth, cultivation, or marketing of industrial hemp.” Section 7606(b). 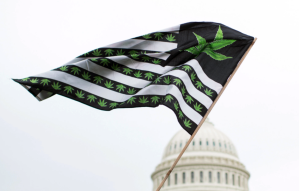 In August of 2016, multiple federal entities – including the U.S. Department of Agriculture in consult with the DEA and Food and Drug Administration (FDA) – released a “Statement of Principles on Industrial Hemp” and intending to “inform the public how Federal law applies to activities associated with industrial hemp that is grown and cultivated in accordance with Section 7606 of the Agricultural Act of 2014.” It stated: “Industrial hemp plants and seed may not be transported across State lines.” While this “Statement” does not establish law nor impose any other legal requirements, it reflected the conflict and tension between Congressional intent under the Farm Bill and these federal regulatory and enforcement authorities.

Soonthereafter, several members of the House and Senate responded, joining together, and writing a letter to Secretary of Agriculture, Thomas Vilsack. Their letter states: “Congress prohibits the federal government from interfering with the transportation and sale of industrial hemp grown in accordance with a pilot program, while leaving it up to the states to regulate industrial hemp within their borders. … [T]he guidance prohibits the transport of plants and seeds across state lines. Again, because of Sec. 763, the federal government does not have the authority to issue this part of the guidance. We request that you please remove the attempted prohibition on transporting plants and seeds across state lines.” (Senators Paul, Wyden, Merkley and Daines as well as by House Members Polis, Blumenauer, Massie, Bonamici, Cramer, DeFazio, Delbene, Lee, Norton, Pocan, Rohrabacher, Schrader, Yarmouth, Zinke, and Farr to Vilsack, October 27, 2016.)

In a more directed effort to clarify its intent, and to curb any chilling effect of the sweeping “Statement,” Congress enacted two funding clauses which prevented the use of Federal funds to interfere with the hemp industry:

TITLE V—GENERAL PROVISIONS. SEC. 538. None of the funds made available by this Act may be used in contravention of section 7606 (“Legitimacy of Industrial Hemp Research”) of the Agricultural Act of 2014 (Public Law 113–79) by the Department of Justice or the Drug Enforcement Administration.

TITLE VII. GENERAL PROVISIONS. SEC. 773. None of the funds made available by this Act or any other Act may be used— (1) in contravention of section 7606 of the Agricultural Act of 2014 (7 U.S.C. 5940); or (2) to proibit the transportation, processing, sale, or use of industrial hemp that is grown or cultivated in accordance with section 7606 of the Agricultural Act of 2014, within or outside the State in which the industrial hemp is grown or cultivated.

These clauses of the Consolidated Appropriations Act prohibited the use of federal funds to engage in enforcement activity which operate in contravention of the hemp provisions of the 2014 Farm Bill. This means that departments which are funded by federal money, including the Federal Drug Enforcement Agency, are prohibited from spending any resources “in contravention of section 7606” – meaning such federal agencies could not arrest, cite, or seize product of individuals lawfully engaging in the “study [of] the growth, cultivation, or marketing of industrial hemp.”

Still, the federally issued “Statements,” directives, and other activities throughout the past four years appeared to continue to ignore clear Congressional intent. Further, upon expiration of the Appropriations Act, industry participants feared these federal authorities would be poised and ready to pounce with federal charges and seizures. As a result, these legal uncertainties caused a significant chilling effect throughout the hemp industry. Ultimately, no such thing happened.

Instead, Congress took the opportunity to go further, and clarify any remaining doubt regarding its intent that hemp industry participants be permitted to transport legally grown and tested American hemp across state lines and throughout the nation.

Transporting hemp, including the interstate transportation of hemp, is therefore now expressly Congressionally authorized both throughout and also across the borders of all 50 states.

Despite this express Congressional authorization, much legal certainty still existed with respect to how transporting hemp would play out. Fortunately, we didn’t have to wait long. In the fall of 2018, Grassy Run Farms and Commonwealth Alternative Medicinal Options, LLC (aka CAMO Hemp), based in West Virginia, purchased approximately 5,000 pounds of hemp seeds from a company located in Kentucky, and the federal enforcement authorities took notice. Contact Heidi or click our blog titled “Legal Interstate Transportation of Hemp is Federally Affirmed” to find out more information.