Transporting Hemp Under the 2018 Farm Bill

Transporting Hemp Under the 2018 Farm Bill 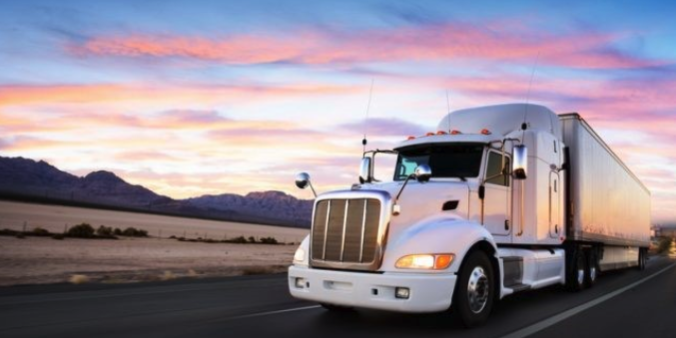 I. The Transportation of Hemp in 2019

Congress intentionally took steps to write in this express language protecting the transportation of hemp throughout the United States.

Despite this express Congressional authorization, in early 2019 much legal uncertainty still existed with respect to how these now-authorized logistical aspects of the legal hemp industry would play out, and whether they would truly protect the transportation of hemp across state lines. Fortunately, we did not have to wait long.

II. Testing the Limits of Congressional Authority Under the 2018 Farm Bill

In the fall of 2018, Grassy Run Farms and Commonwealth Alternative Medicinal Options, LLC (aka CAMO Hemp), based in West Virginia, purchased approximately 5,000 pounds of hemp seeds from a company located in Kentucky, and the federal enforcement authorities took notice. In September 2018, the U.S. Attorney filed his complaint alleging there was no reliable testing demonstrating the hemp did not contain <.03% THC, among other things.

The U.S. Attorney also sought and received a restraining order from U.S. District Judge Robert Chambers (of the Southern District of West Virginia) which prohibited the plants from being altered (processed or sold) or otherwise destroyed on the same day he filed the case against them. The defendants intended to transport the hemp (plant material) to Pennsylvania, where it would be processed into CBD isolate, and then transported across additional state lines where the CBD isolate would finally arrive at its final destination.

However, on January 17, 2019, in reliance on the 2018 Farm Bill (see, Opinion, p. 5-6), the same judge in the same federal court “lifted and dissolved” – that is, cancelled – the restraining order. The Justice further ordered, “Defendants shall be able to immediately transport the product to the Pennsylvania facility for processing and sale of the CBD isolate.” See, Opinion, p. 6-7.

Apparently addressing his change-of-position regarding the West Virginia hemp at issue in that case, the honorable Justice Chambers wrote “A change in circumstances makes reconsideration of an interlocutory order appropriate.” He further explained:

the Court has become increasingly doubtful of the Government’s case on the merits. Additionally, on December 20, 2018, the President signed into law the Agricultural Improvement Act of 2018, Public Law No. 115-334, 132 Stat 4490 (“2018 Farm Bill”). Despite being enacted after the issues in this case arose, the 2018 Farm Bill expresses congressional intent that current public policy supports States exercising primary control over hemp production.

Such commentary from a Justice is a true criticism of the federal agencies’ attempt to supersede the apparent will of the states – including West Virginia and Pennsylvania – as expressed through their own agricultural authorities. He went further, calling the allegations set forth by the U.S. Attorney “blatant factual misrepresentations” about the hemp; the Justice even rejected the U.S. Attorney’s request for a THC test, indicating that the West Virginia-based testing showed the plants at issue were well below the 0.3% threshold for THC (separating hemp from its highly federally illegal cousin, marijuana).

With respect to the transportation issues raised by the case, Carte Goodwin, attorney for one of the Defendant companies, reflected that the 2018 Farm Bill “really underscores the arguments we’ve been making” about hemp’s legality in interstate commerce.

III. Broader Implications of the Federal Decision Handed Down in West Virginia

It is also important to note that the hemp at issue in this particular case was to be processed into CBD isolate for human consumption. The U.S. Attorney used this argument against the hemp industry, arguing that such conduct would necessarily result in noncompliance with the FDA and FDCA because CBD has not been approved by those regulatory bodies.

The Court rejected this argument as well, stating:

However, as argued by Defendants, the mere potential of a downstream use that may violate certain federal regulations does not entitle the Government to an injunction the Government to an injunction on producing and selling the CBD isolate here. In fact, there is no evidence before this Court that Defendants will be adding the CBD isolate to food or health products or making unsubstantiated health claims about the benefits of CBD without approval of these agencies. Therefore, the Court will not extend the injunction on this ground.

Here, the Court highlights the two primary concerns the now-controlling federal regulatory bodies have regarding hemp and CBD, that CBD will be added to food or health products, and that these companies will make unsubstantiated and unapproved health claims. Indeed, these are the two primary enforcement routes which the FDCA or FDA have utilized since the passage of the 2014 Farm Bill against CBD industry participants, but which so far have resulted in no more than “Warning Letters.“

Further, and regardless of the result in any particular case, such statements on the part of federal judicial officers are incredibly encouraging for the future legal treatment of hemp. Our federal government is made up of three branches: the legislative, executive, and judicial.

For those not keeping score, it’s now two-against-one federal authorities in favor of hemp.

Heidi Urness is well-versed in these legal authorities regarding the transportation of hemp, and we look forward to the opportunity to help you navigate these potential pitfalls and any other concerns you or your business may have.