Some CBD Products Rescheduled by DEA Under Controlled Substances Act

Some CBD Products Rescheduled by DEA Under Controlled Substances Act 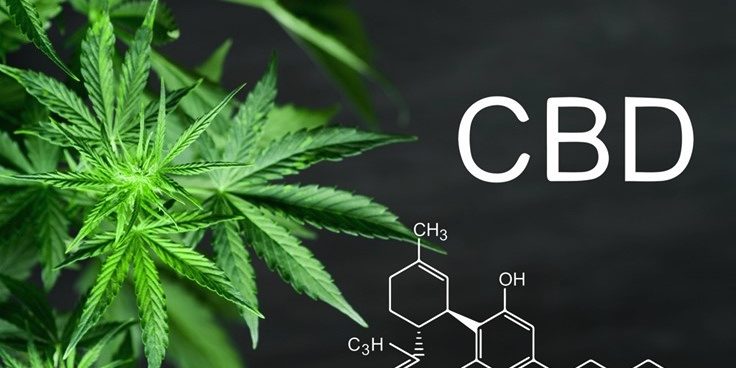 The Drug Enforcement Administration (DEA) announced last Friday that certain Food and Drug Administration (FDA)-approved drugs that contain cannabidiol (CBD) are properly rescheduled as Schedule V drugs under the Controlled Substances Act (CSA). While this move is far from categorically rescheduling CBD – as only specific drugs will be placed on Schedule V rather than Schedule I – any movement of cannabis policy at the federal level is news.

Drugs and other substances that are considered controlled substances under the CSA are divided into five categories, or schedules. Substances are placed in the relative schedule based on “whether they have a currently accepted medical use in treatment in the United States, their relative abuse potential, and the likelihood of causing dependence,” and their respective legal treatment corresponds to certain criminal and civil restrictions on their use, sale, transportation, research, and other activity.

Schedule V contains drugs the DEA claims have a low potential for abuse, and often contain only limited quantities of narcotics, such as pain relievers and cough suppressants. Schedule I contains substances that have no currently accepted medical use in the United States, lack accepted safety protocols for use even under medical supervision, and have a high potential for abuse. Until Thursday, all products containing CBD had been categorized as a Schedule I drug in the United States, while cannabinoids “in their own right” are not unlawful.

Friday’s news followed up the FDA’s approval of Epidiolex as a drug on June 25, 2018. Epidiolex is the first drug approved by the FDA containing CBD. The FDA approved Epidiolex for patients in age two years and older for use to treat two rare forms of epilepsy: Lennox-Gastaut syndrome and Dravet syndrome. It is also the first FDA approval of a drug for the treatment of patients with Dravet syndrome. As of today’s date, Epidiolex is the only drug that has obtained FDA approval, and is thus the only cannabis-derived drug that the DEA does not currently consider a Schedule I substance.

As part of its approval process, the FDA conducts a medical and scientific analysis through the U.S. Department of Health and Human Services, and then provides recommendations to the DEA regarding the scheduling of drugs based on the results of the analysis. The DEA then makes its own scheduling determination. In this case, the DEA rescheduled Epidiolex as a Schedule V substance, meaning it has a low potential for abuse.

Obtaining FDA approval is a long and difficult process. It takes years of navigating slow government requirements and processes, including hosting multiple clinical trials, which is (at least partially) why so many cannabis products on the market today are not legally considered medicine: they have not been approved by the FDA. The FDA’s rules also prohibit nonapproved substances from making any health claims, including any claim that a product would diagnose, cure, mitigate, treat, or otherwise prevent disease. In fact, if a product is not approved but may appear to have some medical benefits that have not been FDA-approved, products must include a disclaimer stating this. (For parallel considerations, review this body of law around the regulation of dietary supplements.)

On January 13, 2017, a new Rule promulgated by the DEA went into effect defining a “marihuana extract” as “containing one or more cannabinoids that has been derived from any plant of the genus Cannabis,” in effect putting hemp-derived extracts in the same Schedule I category as THC. (21 CFR Part 1308.11 Schedule I, subsection (d)(58); Establishment of a New Drug Code for Marihuana Extract, 81 Fed. Reg. 90194 (Dec. 14, 2016).) The new Rule was affirmed by the Ninth Circuit in Hemp Industries Association et al. v. U.S. Drug Enforcement Administration (April 30, 2018). Prior to this rule, CBD derived from hemp was considered to fall outside of the Schedule I classification. But last Thursday, the DEA rescheduled “approved cannabidiol [(CBD)] drugs” from Schedule I (one) to Schedule V (five) of the Controlled Substances Act (CSA).

The legal status of CBD following the DEA’s rescheduling of FDA-approved CBD products last Thursday is such: that products containing CBD are categorized as Schedule I drugs in the United States – with the exception of “FDA-approved drugs that contain CBD derived from cannabis, and containing no more than 0.1% tetrahydrocannabinols” – and also that cannabinoids, “in their own right,” remain not unlawful.

Therefore, only drugs that are a) FDA-approved; b) are nonsynthetically produced, but are derived from Cannabis sativa; and c) contain less than 0.1% THC – thereby having no recreational use – are properly rescheduled under Thursday’s Final Order.

The DEA’s having rescheduled some products, however, does not change the fact that all other non FDA-approved products containing “marihuana extracts” – that is, “an extract containing one or more cannabinoids that has been derived from any plant of the genus Cannabis, other than the separated resin (whether crude or purified) obtained from the plant” – are still considered Schedule I substances by the DEA. Therefore, with the exception of Epidiolex, no (other) CBD products are rescheduled in Schedule V at this time; the rest, until FDA approved and certified to be derived from the Cannabis sativa plant and also contain less than 0.1% THC, among meeting the FDA’s other requirements, remain Schedule I drugs.

IV.  The Truth About the DEA’s History of Rescheduling Cannabis-Related Products

While some sources have reported that this is the first time that the federal government has acted to reschedule cannabis-related products, this simply is not true.

In 1986, Marinol, another cannabis-related drug, was approved by the FDA and subsequently rescheduled from Schedule I to Schedule II, and later in 1999 to Schedule III. Marinol is synthetic THC, so it is not derived from cannabis. Marinol reportedly never took off due to its terrible side effects. In effect, Marinol did not help anyone, and Marinol’s effect on the public perception of cannabis-related or derived products as medicine was even more devastating and lasting than it’s side effects. As drug policy expert Mark Kleiman explains, “It wasn’t any fun and made the user feel bad, so it could be approved without any fear that it would penetrate the recreational market, and then used as a club with which to beat back the advocates of whole cannabis as a medicine.”

The FDA also regularly sends out warning letters to products it discovers in the marketplace that are not compliant with U.S. law. Plenty of these warning letters are sent to companies selling CBD products or other cannabis-related products, often regarding products that make medical or health claims. These warning letters give companies notice of potential further action against them, and advise they should consult an attorney if a company or individual should receive one from the FDA. Reportedly, only one such letter has been sent out in 2018

When the DEA rescheduled Epidiolex and other potential similar CBD-inclusive drugs, it specifically limited these products to “drugs that contain CBD derived from cannabis…”. This wording potentially distinguishes hemp from the types of Cannabis sativa plants that produce marijuana — and this is an important point. Hemp and marijuana come from the same plant; but “industrial hemp” contains negligible amounts of THC while “marihuana” (as they are legally defined) does not. They are additionally distinguishable in their physical appearances: hemp growing taller, denser, and from a single stalk. Think of comparing grape juice and wine––there are important differences we experience when we consume each, but scientifically both products can come from the same grapes.

Thus this DEA action may not directly affect hemp-derived CBD products – only cannabis (with a lower-case “c”) derived products – which are often developed by companies under the now-expired Agricultural Act of 2014 (or the 2014 Farm Bill), signed by then sitting President Obama. The 2014 Farm Bill authorized states to begin implementing research and pilot programs cultivating industrial hemp for the limited purposes of studying “the growth, cultivation, or marketing of industrial hemp.” These programs were codified in 7 U.S.C. § 5940 and are additionally called for in the Appropriations Act, which provides for some permanence for the protections afforded hemp-related activity originally derived from 2014 Farm Bill, despite the expiration of the 2014 Farm Bill just yesterday.

Many CBD companies may be operating under the mistaken belief that they are covered by certain federal or state laws, but whether or not that is truly the case will depend on important factors. If you are considering these issues, consult an attorney who specializes in hemp and CBD law.