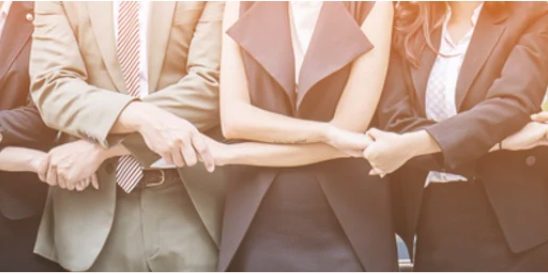 When a driver unintentionally commits an act that causes injury or damage, the law of agency determines who is responsible for the resulting damages.

The law of agency states that a principal (the owner of a licensed marijuana business) will be held responsible for any unintentional accidents, injuries, or damages caused by their agents (employee drivers) so long as the agents are acting within the scope of their duties as an employee. An agent is acting within the scope of his or her duties as an employee when he or she acts “on the principal’s behalf and subject to the principal’s control.” 3rd Restatement, § 1.01. However, activities of employees that are not expressly authorized by the principal can still fall within the scope of employment and subject the business owner to liability.

In order to determine if non-authorized activity of an employee falls within the “scope” of his or her employment for the purpose of imposing liability on a business owner, courts analyze whether the employee’s activity constituted a frolic or a detour from his or her duties. If the court finds the activity the employee was engaged in at the time he or she caused damages was a “detour” – that is, a mere departure from an assigned task – it will decide that the activity was within the scope of the employment and assign liability to the principal. However, if the court finds that the employee’s activity occurred during a “frolic” – a new and independent journey outside the scope of the agency – then the principal-licensee will not be held liable for damages caused by his or her agent-employee.

For example, consider a state in which cannabis transportation and delivery is permitted to be conducted by employees among licensed businesses (e.g. Oregon). In this state, a licensed marijuana business owner Owen properly sends employee Ewing to deliver cannabis to a lab testing facility. On his way to the facility, Ewing is driving along a road and momentarily looks away from the road to send a text message on his cell phone, rear ending another car, and causing the driver of that car to go to the hospital for medical treatment. In such a case, Owen would likely be held liable for the damages caused by Ewing’s negligence (the act of text messaging while driving) – including the repair of the car, medical bills, and others. This is because Ewing was acting with the scope of his agency as an employee driver by driving the vehicle to the facility at the time his negligence caused injury.

However, in this same scenario, if – instead of text messaging while driving – Ewing drove thirty minutes off-route to pick up his dry cleaning and t-bones another call while pulling out of the dry cleaner’s parking lot, the court will have to decide whether Ewing’s actions constitute a frolic or a detour, and assess liability accordingly. If the court decides that Ewing’s side-trip was a detour, a mere departure from his assigned task of driving to the testing facility, then the court will hold Owen responsible for the damages Ewing caused. On the other hand, if the court decides that Ewing’s side-trip was a new and independent journey unconnected to his assigned task, then the court will hold Ewing responsible for the damages he caused

With respect to intentionally wrongful acts, the courts reject this frolic-detour framework described above altogether. Instead, to determine whether an employee’s actions subject the business owner to liability, courts employ one of two tests: (A) the motivation test, or (B) the work-related test.

However, the rules change greatly when the intentionally wrongful act is committed by an independent contractor a business owner may have hired, as opposed to an employee, which includes third-party transporters of cannabis. That is, generally, a business owner is generally not liable for any accidents or injuries caused by an independent contractor –­– with a few exceptions.

Take the example of business owner Owen and employee Ewing again, but this time consider that Owen’s business is licensed in Washington, where licensed third-party service providers are permitted to transport cannabis within the state. If Owen engages Ewing as an independent contractor through Ewing’s Cannabis Delivery Co., a third-party transportation service, to transport Owen’s product to the testing facility and Ewing – driving a vehicle belonging to his own third-party company – gets in either of the previously described accidents (caused by his text messaging while driving, or pulling out of a dry cleaners parking lot), Owen would generally not be held liable for any damages in either scenario. Ewing alone would be on the hook for the repair of the other car, the medical bills, and other injury or damages he caused. However, if Owen exercised an uncharacteristically high level of control over Ewing – by making him drive Owen’s truck, for example – the court may impose liability on Owen. Additionally, if Owen attends multiple trade conferences and represents to his colleagues that Ewing is his trusted employee, Owen may be later estopped from escaping liability for damages Ewing caused.

It is important to know the laws that apply to your business before offering or engaging in any cannabis transport services or activities. Knowledge of these general principles allows business owners and licensees, as well as employees and contractors, to be as prepared as possible should driver liability issues arise. Cannabis industry participants can rely on Heidi Urness to anticipate such issues and plan ahead to minimize risk: maintain thorough transportation manifests, implement clear product tracking processes, and engage high quality employees in order to prevent problems before they even arise.