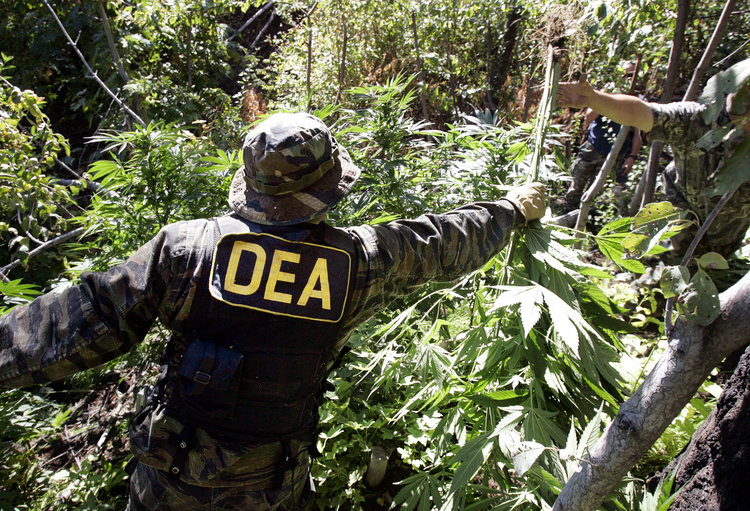 I.  Hemp Farming Act of 2018 Provides Hope for the Cannabis Industry

The court avoided all substantive arguments and instead resolved the case on procedural grounds. The text of the decision — a mere three-and-a-half pages, double-spaced and in 13-point font — indicates the parties to the appeal did not participate in the comment period prior to 2016. The Final Rule was published on Dec. 14, 2016 and went into effect Jan. 13, 2017. Therefore, the court held they failed “’to make an argument before the administrative agency in comments on a proposed rule,’ [so] they are barred ‘from raising that argument on judicial review.’”

Had the court ruled on the merits of the issues posed by the appeal, it would have had to analyze whether or not the DEA’s definition of a “marihuana extract” as “containing one or more cannabinoids that has been derived from any plant of the genus Cannabis” in effect put hemp-derived extracts in the same Schedule I category as THC. Under federal law, “hemp” is defined as cannabis plants with less than 0.3% of THC content. Anything with more is considered “marijuana” under the Controlled Substances Act. As such, CBD oil from hemp was commonly considered to fall outside Schedule I. The effects of the new rule – if any – are yet to be seen. The petitioner’s briefing in the case blamed the new rule for a rash of federal seizures of CBD products, and some early reports regarding the decision feared the DEA’s rule could “set the stage for a wave of raids on CBD retailers and related businesses.” Despite the chilling effect some report the market experiencing in recent weeks, the U.S. Hemp Roundtable, a coalition of hemp companies and other industry participants, analyzed the decision and concluded that it changes nothing substantively or functionally in the operations or legality of the hemp industry due to the protections of the 2014 Farm Bill.

They just might be right. The 2014 Farm Bill, also known as the Agricultural Act, allows an institution of higher education or a state department of agriculture to cultivate industrial hemp, provided it is done “for purposes of research conducted under an agricultural pilot program or other agricultural or academic research” and those activities are licit under the relevant state’s laws.

More importantly though, the 9th Circuit, in its recent decision, expressly stated: “The Agricultural Act contemplates potential conflict between the Controlled Substances Act and preempts it. The Final Rule therefore does not violate the Agricultural Act.” In so stating, the court tells the federal government that those programs and participants contemplated by the 2014 Farm Act are to remain unaffected by the new rule. The DEA argued that the new rule is merely administrative, aimed at better tracking research into extracts and complying with international drug-control treaties. The 9th Circuit’s express recognition of Congress’ power over the DEA communicates that the federal agency is permitted to enact the new rule, but is simultaneously limited to using the rule for only internal administrative tasks. The court is stating that it will not support federal enforcement actions taken under the new rule that would otherwise interfere with hemp or hemp-related products developed under state pilot programs authorized by the 2014 Farm Bill.

It is also important to note that the decision is titled a “Memorandum*” — asterisk included. In the footnote, the court states, “This disposition is not appropriate for publication and is not precedent.” Only opinions that are published have precedential value, which means that the effect of the case or the legal rule articulated in the case is binding on or persuasive with respect to another, usually lower tribunal when deciding subsequent cases with similar issues. What that means in this case, as explained by HIA president and NORML board member Joy Beckerman, is “by using the specific title ‘Memorandum’ and by including that footnote, the justices are acknowledging that this is a murky and rapidly developing area of law and policy, and experience dictates that they don’t want this to be precedent-setting because here in the USA we decide cases based on their merits, and not based on technicalities (such as because a comment wasn’t submitted during a 2.5-month notice-and-comment period).”

For now, the DEA rule will remain in place. The petitioners are permitted to request a rehearing within 45 days of the judgment, before it becomes final. If there is a mistake in the court’s decision, such as a material misstatement of fact or error of law, the court could grant the motion for rehearing and reassess the issues put forth by the appeal. Following entry of final judgment, the parties are still able to seek relief by petitioning the Supreme Court — and, as Hemp Industry Daily reported, an appeal is already in the works.

“We will be appealing, and we will be funding that appeal,” Michael Brubeck, CEO of Centuria Natural Foods and a petitioner in the case, said the day after the court issued its decision.

However, Bob Hoban, a Denver-based attorney representing the industry group in the challenge, has yet to decide whether to request rehearing or to file for appeal.

“Given the pervasive confusion and irreconcilable conflicts of the law that have led to product seizures, arrests and criminal charges against those involved in the lawful hemp industry,” Hoban explained, “the Petitioners believe that the Final Rule must be invalidated, absent the Court clarifying and further resolving these conflicts and their severe consequences.”

He is suggesting that a better remedy for the DEA’s overreach and subsequent confusion exists — and lies in the Hemp Farming Act of 2018, introduced by Senate Majority Leader Mitch McConnell (R-KY) on April 12, 2018.

The Hemp Farming Act of 2018, if passed, would remove industrial hemp from Schedule I of the Controlled Substances Act and federally legalize commercial cultivation of the crop. Passage of the Hemp Farming Act of 2018 would ensure full protection for individual farmers as well as the interstate commerce of U.S. grown and manufactured hemp products; normalize finance, banking, insurance and other business proceedings for the hemp industry; advance research opportunities; ensure access to public water rights for hemp farmers; and protect the increasing variety of hemp-derived products by promulgating a “whole plant” definition of hemp.

The Senate bill was first introduced last month by McConnell; U.S. Senate Minority Leader Chuck Schumer (D-NY) joined his counterpart last week, and argued it is time for hemp to be permanently removed from the purview of the Controlled Substances Act. In our polarized political environment, such bipartisan effort seems impossible with respect to any topic or issue. But it comes as no surprise to the hemp industry that common ground can be found on the hemp fields.

“It makes no sense that the DEA is the primary regulator, and that they stop farmers and investors from growing hemp,” Schumer said. “Why are we buying hemp from other countries, when we have hundreds of acres that could be grown right here in our backyard?”