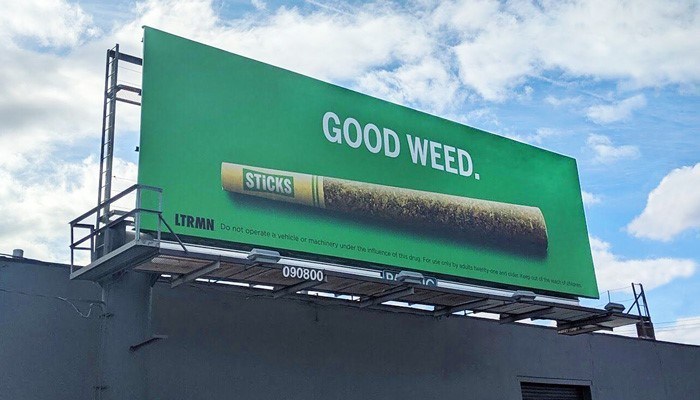 The laws applicable to the advertising of legal cannabis and legal cannabis business are some of the most rapidly evolving not only in Washington state, but also across the country.

Mass confusion resulted over these regulations in Washington state in the spring of 2017, when Senate Bill 5131 (SB 5131) passed pursuant to the request of the Washington State Liquor and Cannabis Board (WSLCB). The new regulations went into place on June 23, 2017, and made several substantial changes to the existing regulatory scheme applicable to the advertising activities permitted by licensed cannabis businesses.

Officials reported that the changes were designed primarily in order to prevent the advertisement and sale of cannabis products to minors, the first priority identified by the federal government in the Cole Memo. As Washington State Senator Ann Rivers explained, “‘We need to keep a clean house so we don’t get unwelcomed attention’ from the federal government.”

However, while the new regulations may have acquiesced the federal government and pleased local lawmakers – at least for the time being – cannabis business owners and cannabis attorneys were thrown into a litigation frenzy over the most basic and fundamental of terms: the marijuana “plant.” 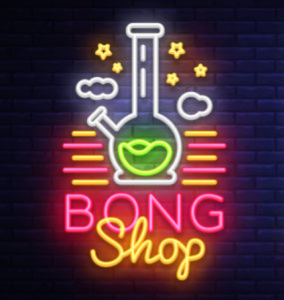 Between the date of enactment of these new regulations, June 23, 2017, and the date that the WSLCB subsequently and responsively amended the administrative code, March 10, 2018, cannabis industry participants and attorneys had unclear and, at best incomplete, guidance as to which images are permitted and which images are prohibited in the advertisement of cannabis products and businesses. Here’s why:

Prior to the enforcement date of the new regulations, the WSLCB issued a notice titled “Changes to Marijuana Advertising Laws.” In this document, the WSLCB summarizes the key points of the new law, with the goal of clarifying the new rules under SB 5131. In one paragraph, the WSLCB writes: “Signs cannot contain depictions of plants or products (ex: leaf = plant, joint = product), or use movie or cartoon characters, or any other depiction that might be appealing to children.”

However, this statement is not entirely accurate. While the above “summarization” provided by the WSLCB may have been the intent of the WSLCB when it recommended the relevant senate bill during the 2017 Regular Session, it is neither the text nor the effect of the law as written. Thus, licensees and their representatives were thrown into mass confusion, often threatened with, suffering, and even settling Administrative Violations for violations of law that simply did not exist at the time.

III.   The Revised Code of Washington

Prior to July 23, 2017, the effective date of SB 5131, the Revised Code of Washington (RCW) exercised little control over the advertising activities of licensed cannabis businesses. The relevant code section stated, in full:

(1) No licensed marijuana producer, processor, or retailer shall place or maintain, or cause to be placed or maintained, an advertisement of marijuana, useable marijuana, or a marijuana-infused product in any form or through any medium whatsoever: (a) Within one thousand feet of the perimeter of a school grounds, playground, recreation center or facility, child care center, public park, or library, or any game arcade admission to which is not restricted to persons aged twenty-one years or older; (b) On or in a public transit vehicle or public transit shelter; or (c) On or in a publicly owned or operated property. (2) Merchandising within a retail outlet is not advertising for the purposes of this section. (3) This section does not apply to a noncommercial message. (4) The state liquor control board shall fine a licensee one thousand dollars for each violation of subsection (1) of this section. Fines collected under this subsection must be deposited into the dedicated marijuana fund created under section 26 of this act.

The enactment of SB 5131, however, caused a myriad of changes to the code, including but not limited to enacting an entirely new subsection 7 applicable exclusively to outdoor advertising, including all of a business’s signage. Most notably, following the enactment of SB 5131, Washington law for the first time began prohibiting “depictions of marijuana plants” in advertisements or signage. (RCW 69.50.369, subd. 7(a).). The law further expressly empowers cities, towns, or counties within the state to adopt and enforce more restrictive advertising regulations within its own jurisdiction.

However, the WSLCB and Washington state legislators failed to take into account that the definition of a “marijuana plant” had remained unchanged since the code was used exclusively to prosecute marijuana activity as a crime under Washington law. RCW 69.50.101 defines the terms that apply throughout this chapter, and instructs that “ ‘Plant’ has the meaning provided in RCW 69.51A.010.” This referenced code section states in relevant part: “ ‘Plant’ means a marijuana plant having at least three distinguishable and distinct leaves, each leaf being at least three centimeters in diameter, and a readily observable root formation consisting of at least two separate and distinct roots, each being at least two centimeters in length.”

Thus, putting these sections together, pursuant to the RCW, following July 23, 2017, licensees are not permitted to place signs outdoors that depict “at least three distinguishable and distinct leaves, each leaf being at least three centimeters in diameter, and a readily observable root formation consisting of at least two separate and distinct roots.”

However, a typical depiction of a marijuana fan leaf does not contain “distinguishable leaves […] and a readily observable root formation consisting of at least two separate and distinct roots.” Instead, most licensed businesses included a simple marijuana fan leaf in their logo, signage, billboards, and other advertisements, characterized by between five and nine individual leaves. As such, any enforcement action initiated by the WSLCB on the basis of the RCW after July 23, 2017 is on unstable footing, at best.

The Washington Administrative Code (WAC) is a body of law that operates concurrently with the RCW’s. That is, a licensed business can receive a violation for violating the WAC’s and/or the RCW’s for any one particular act or alleged wrong. The WAC’s have undergone just as much, if not more, change than the RCW’s have throughout the past five years since I-502 was approved by voters. The analogous section regulating advertising activity found in the WAC is section 314-55-155 (Section 155).

In 2013, the original enacted text of Section 155 included no restriction whatsoever on the depiction of a marijuana plant, its leaves, or any other part thereof in any advertisement, unless the depiction was false or misleading, promoted over consumption, represented it had curative effects, appealed to children, or the advertisement was placed in certain restricted locations such as near schools and playgrounds. (WAC 314-55-155, WSR 13-21-104, Filed October 21, 2013, 1:25 p.m., effective November 21, 2013.)

In 2016, the WSLCB amended this rule, and again included no restrictions on the depiction of a marijuana plant, its leaves, or any other part thereof in an outdoor or any other advertisement, unless the depiction was false or misleading, promoted over consumption, represented it had curative effects, appealed to children, or the advertisement was placed in certain restricted locations such as near schools and playgrounds. (WAC 314-55-155, WSR 16-11-110, Filed May 18, 2016, 10:52 a.m., effective June 18, 2016.)

Thus, between July 23, 2017 and March 10, 2018, licensed cannabis businesses often suffered Administrative Violations and – without counsel experienced in the nuances of cannabis law – associated penalties for violations of laws that simply did not exist at the time the alleged wrongs were charged.

As industry attorneys, we assisted several clients whose businesses suffered, or had been charged with, Administrative Violations for displaying – most commonly – a marijuana leaf in an advertisement, sign, billboard, or their logo throughout 2017 and early 2018. Heidi successfully motioned the Court and litigated against these alleged violations, arguing these clients did not depict a marijuana plant in their outdoor advertising in violation of the RCW.

That is, a typical depiction of a marijuana fan leaf, characterized by between five and nine individual leaves, does not contain “distinguishable leaves […] and a readily observable root formation consisting of at least two separate and distinct roots.” (RCW 69.50.369, subd. 7; 69.51A.010, subd. 17.) Specifically, there is absolutely no root formation included in a typical fan leaf depiction – and certainly not two separate and distinct roots – as required to constitute a “plant” pursuant to the RCW.

Cannabis business owners and entrepreneurs operating or prospecting in states with existing medical and recreational marijuana industries are well advised to keep abreast of not only current regulations, but also upcoming regulations proposed by their states’ respective legislative bodies to ensure their business operations and plans remain in full compliance with the law. And hopeful business owners in states without existing regulated cannabis industries should keep in mind that, as new states continue to come on board, lawmakers will draw from these laws and experiences of states with regulated markets in order to craft their own regulations, providing insight and allowing entrepreneurs to exercise predictive business judgment.