By The Numbers: A Survey of Marijuana Tax Revenue Trends

By The Numbers: A Survey of Marijuana Tax Revenue Trends 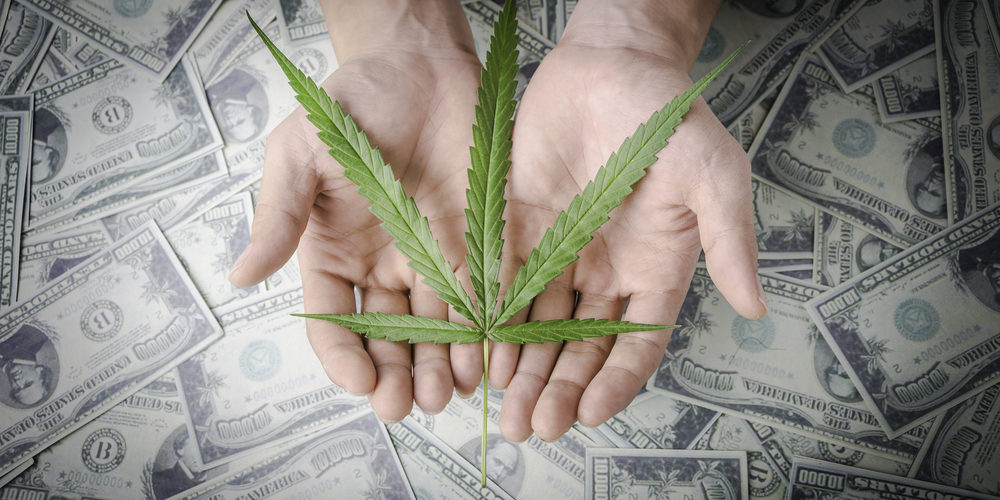 Cannabis is big business, not only for industry participants, but also for the states and local jurisdictions where marijuana has been legalized and regulated through the levy and collection of excise and other taxes. A report from New Frontier Data, a cannabis-neutral policy and business analytic and reporting organization, titled Cannabis In the U.S. Economy: Jobs, Growth and Tax Revenue (2018 Edition) recently examined tax-related “patchwork” data from states where cannabis programs are up and running and, based on this information, developed models predicting what federal tax revenues could be collected if the United States government was to legalize cannabis on a federal level today.

The U.S. government will leave more than $75 billion on the table, and fail to create more than 1 million jobs, if it refuses to legalize marijuana in the next seven years, according to the report. Such a move would be a major miscalculation, at best, particularly for an administration that boasted, if elected, it would run the United States like a (as we presumed at the time, successful) business.

The numbers speak for themselves: California collected $60.9 million in tax revenue from the cannabis industry in the first quarter of 2018, comprising only the first few months of California’s legal recreational market, according to the state Department of Tax and Fee Administration. That figure does not include local tax revenue collected by cities and counties. Experts and industry insiders expect this number to rise steadily over the next decade, paralleling trends observed in other states that have legalized cannabis programs.

For the purposes of comparison, beer and wine tax collected by Washington state during the same period totaled a mere $55 million. Including spirit fees and liquor license fees as well as penalties, the state collected $206 million from alcohol sales in fiscal year 2017. The state collected $2 million less in tax derived from beer sales, and experienced a modest increase in wine tax revenue, up less than half a million dollars from 2016.

In Colorado, where the excise tax rate imposed is less than half that imposed in Washington (because in Colorado, the state government has to obtain voter approval to raise taxes – which, not surprisingly, doesn’t happen as often as the government would like), the state still enjoyed nearly $248 million in total revenue derived from marijuana taxes, licenses, and fees. This number, like in Washington, grew nearly 28%, up from $194 million in 2016. Previously, Colorado experienced an even greater boom in the form of a more-than-57% increase in total marijuana taxes collected between 2015 and 2016. As compared with the alcohol industry, the state collected only a total of $38 million from spirits, beer, and wine during the same time period in 2016.

A report from New Frontier Data, a cannabis-neutral policy and business analytic and reporting organization, titled Cannabis In the U.S. Economy: Jobs, Growth and Tax Revenue (2018 Edition) examined this and other “patchwork” data from jurisdictions where cannabis programs have been instituted by the states, and generated models forecasting the federal tax revenues that could potentially be collected by the United States government if the U.S. was to legalize cannabis on a federal level.

If cannabis was legalized on a federal level today, the report predicts:

While public opinion is on cannabis’ side, the current federal administration is fraught with marijuana opponents. There is no doubt that public support of cannabis is at an all time high. In 1969 – two years before Nixon declared “drug abuse” to be public enemy number one; when now-Attorney General Jeff Sessions was 23 years old; and arguably the height of the hippie movement – only 12% of Americans supported the legalization of marijuana. In the late 70’s, support rose but began to retreat in the 80’s due to now-considered disastrous “Just Say No“ campaigns. Support remained steady throughout the 90’s, increased in the early 2000’s, and has continued climbing since – reaching a majority for the first time in 2013 after Washington and Colorado legalized recreational use. And young people are not the only ones driving change: while 77% of adults age 18 to 34 support cannabis, support is up a whopping 16 points among adults aged 55 and older (45%) as of late 2017.

However, it is no secret the cannabis industry currently faces staunch federal opponents. While cannabis programs are up and running in many states, marijuana is still considered a Schedule I controlled substance under federal law, and thus the U.S. government does not directly levy or collect taxes on the industry. And change seems unlikely – at least for the foreseeable future. Despite 70% of voters oppose enforcing federal laws in states that have made marijuana legal, Sessions has not only recently rescinded Obama-era rules deprioritizing enforcement of federal laws regarding marijuana-related crime in such states, but the Ninth Circuit also recently decided against cannabis industry attorneys in an appeal regarding the classification – and arguably criminalization – of cannabinoids under federal law.

III.   Impacts of Marijuana Tax Revenue Across the U.S.

Tax revenues allow governments to provide services to its citizens, including research, community programs, environmental restoration, and law enforcement. The federal government has already called for deep cuts to essential and other programs in the states, putting financial pressure on individual states to legalize marijuana and realize tax revenues generated by industry activity. As governors and other state officials continue to watch neighbor states realize concrete benefits from marijuana-generating tax dollars, they’ll likely become more and more resistant to refusing that money.

This is particularly true if the federal government continues to choke off federal support of programs important to the states, just as Trump proposes to do through the budget cuts for 2019 he set forth earlier this year. That proposal seeks to cut, primarily, resources to the state department, environmental protection, agriculture, small businesses, transportation, housing and urban development, education, the treasury, and the justice department, as well as eliminate more than 60 agencies and programs altogether – services essential to a healthy, functioning society. Additionally, the budget seeks to completely ax a variety of arguably non-essential, but culturally critical programs including The National Endowment for the Arts, and The Corporation for Public Broadcasting. 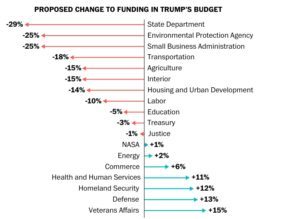 The U.S. government would be well advised to implement a federal cannabis program, thereby creating more than 1 million jobs and generating an additional $75 billion in tax revenue, particularly if it continues to pursue its proposed budget cuts for 2019 and essentially force states to legalize, regulate, and tax marijuana simply to stay afloat and be able to provide citizens with basic, essential services previously supported by the federal government.